Harlequins needed an exciting and effective campaign to drive ticket sales to it’s annual flagship match, the ‘Big Game’, in it’s 12th year. Through a focus on connected creativity, we created a visually striking campaign with flexible messaging to align with our audience targeting strategy, drawing huge crowds to Twickenham for the event. 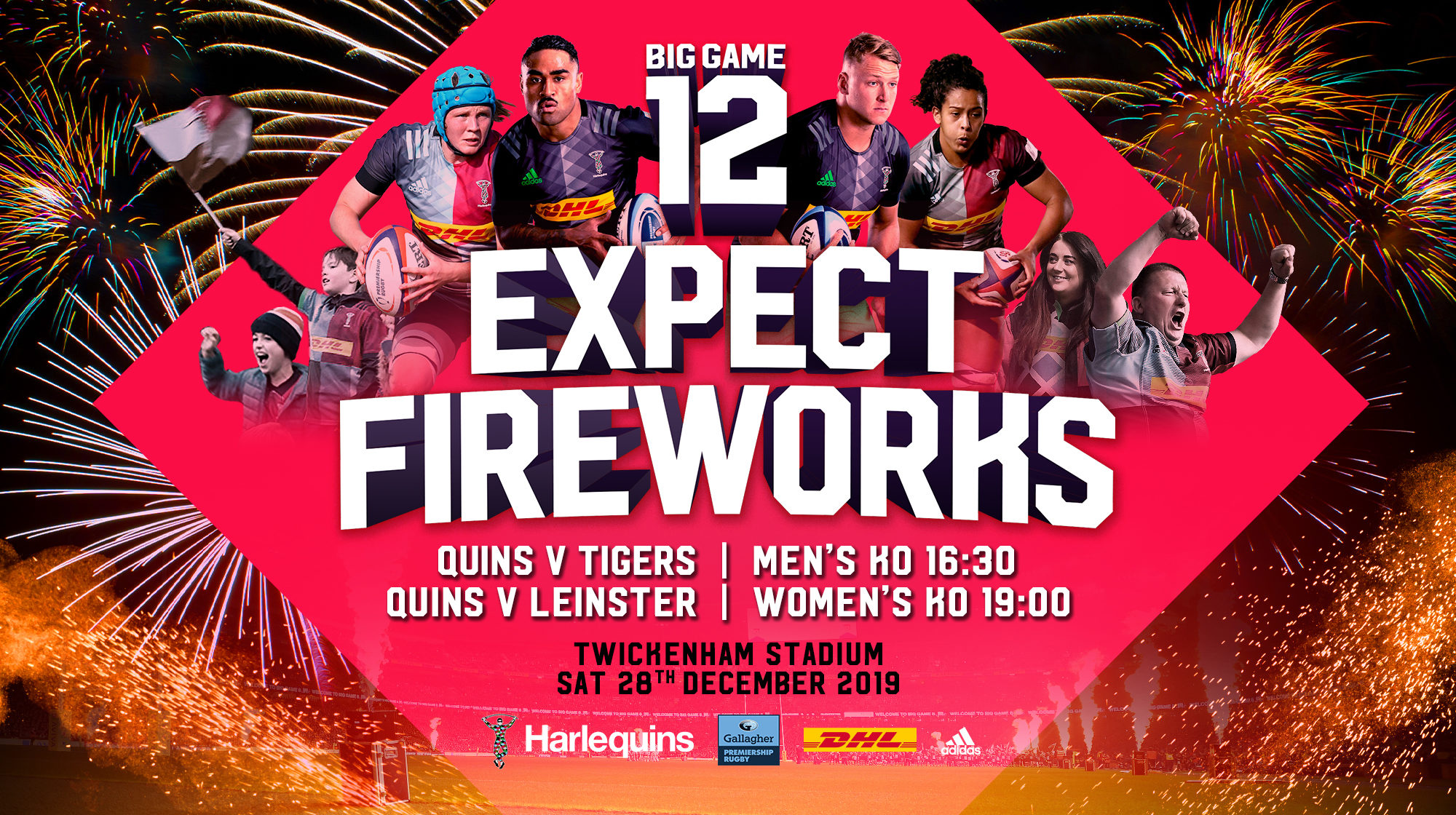 Our campaign strategy and identity placed a focus on the high-class features of the event. Trusting in the loyalty of hardcore fans, we identified the opportunity to appeal to the casual fan and big eventers, especially those within the London area. Understanding their motivations ensured we created a campaign that connected with them emotionally, engaging them and driving ticket sales.

Our master messaging ‘Expect Fireworks’ combined the high class sporting spectacle and competition with the surrounding event features, including the unrivalled fireworks display. Championing the players (introducing an inaugural women’s game for Big Game), the home of rugby and the passion of the fans, we created a dynamic and exciting visual with the flexibility to emphasise and highlight features for different audiences.

Given the flexibility of the visuals, we introduced a secondary messaging focus of ‘London’s Biggest Rugby Party’ to target Londoners and big eventers, those who are always willing to be part of sports events that include more than just the match.

Despite a rail strike affecting transport on the day, over 70,000 fans descended on Twickenham to enjoy ‘Big Game 12’ on the 28th December. Here’s to next year! 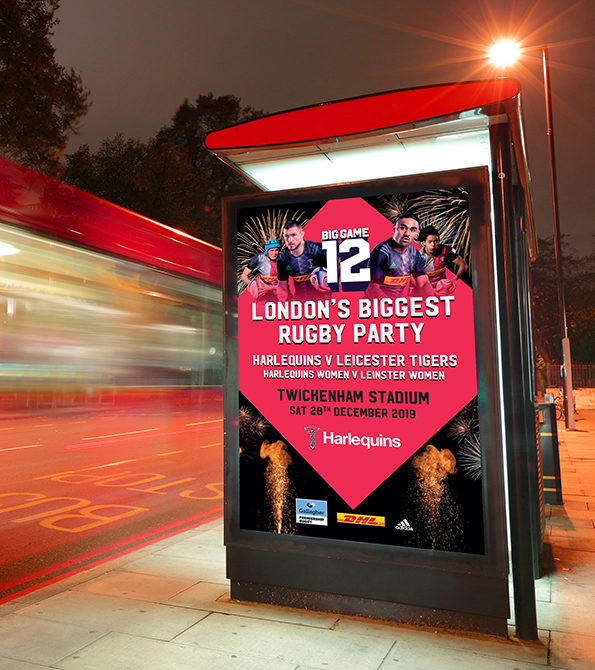 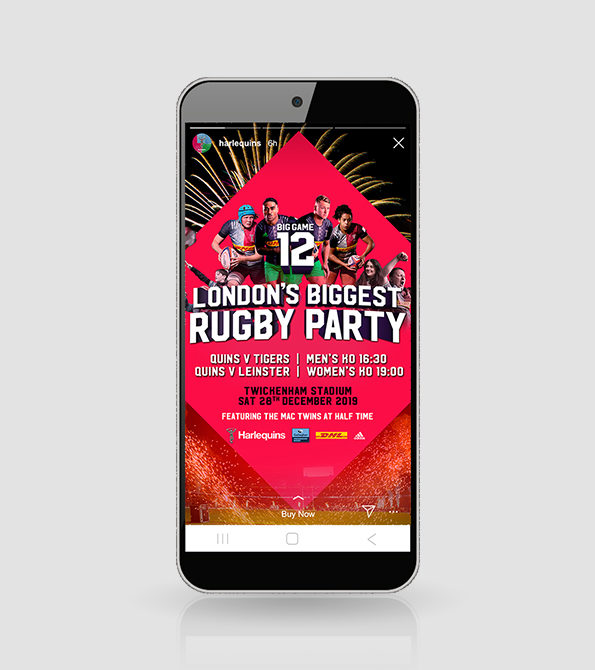 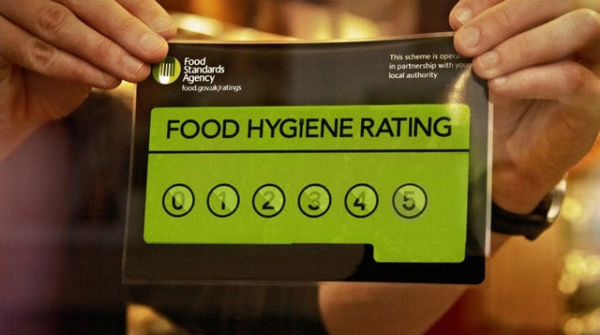